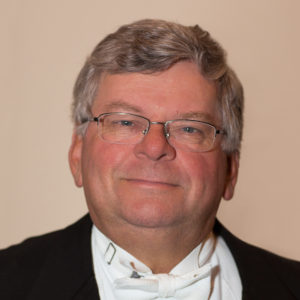 Dr. Leonard Ratzlaff has been on the faculty of the Department of Music since 1981, teaching in the area of choral music at both graduate and undergraduate levels. With Prof. Debra Cairns, Ratzlaff co-founded and now directs what is now the most established graduate training program for choral conductors in Canada. He directs the University of Alberta Madrigal Singers, one of Canada's leading university choirs, which have gained both national and international competition awards for their performances and recordings. The Madrigal Singers have also appeared at the national conventions of the American Choral Directors Association (Los Angeles, 2005) and Choral Canada. Ratzlaff has produced 5 CD recordings with the Madrigal Singers, of which 2 (Balulalow, 1999; The Passing of the Year, 2004) received a National Choral Award in the recordings category from Choral Canada.

Professor Ratzlaff also directs the Richard Eaton Singers, a 110-voice symphonic chorus that performs regularly with the Edmonton Symphony and that has toured both nationally and internationally, most recently to Germany in 2013. He has served as president of the Association of Canadian Choral Conductors, and is currently on the board of Chorus America. Honours include induction into the Alberta Order of Excellence, the Order of Canada and the Royal Society of Canada.